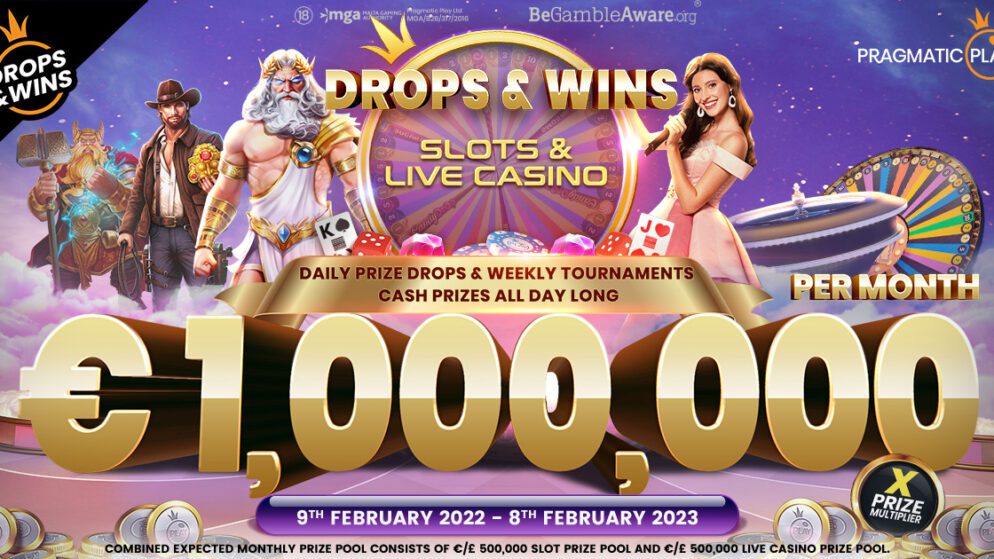 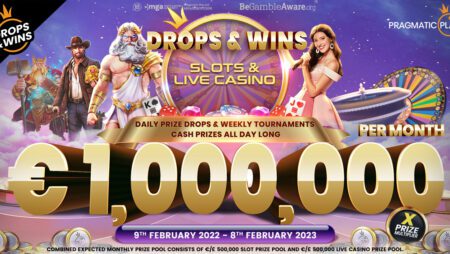 Mega Monthly Giveaway: Pragmatic Play, a leading content provider to the iGaming industry is set to continue raising the bar for industry promotions as Drops and Wins move into a new stage. Beginning on 9th February and lasting a whole year until the same date in 2023, the incredible prize pool of €1,000,000 will yet again be up for grabs.

As part of the companies unrelenting commitment to offering an elite product to operators, Pragmatic Play runs what is arguably the best provider promotion in the industry, not only from the perspective of the staggering amount being given away monthly but how easy it is for operators to integrate it into their site as almost all the integration is managed by Pragmatic Play.

The next phase of Drops and Wins will continue with €1,000,000 (€500,000 on Slots and €500,000 on Live Casino) being given away across Weekly Tournaments and Daily Prize Drops. Tournaments encourage a sense of healthy rivalry among participating players, along with the Prize Drops tool that randomly rewards players. The beauty of Drops and Wins is its versatility to cater for various player types, as Tournaments reward prizes based on the highest single win amount, along with random Prize Drop wins for those punters who just hop on for a few spins. Either way, Pragmatic Play takes some of the pressure off operators as this tool can play a vital role in player retention.

Furthermore, this next version of Drops and Wins will see Free Round Bonuses or FRBs being awarded to players of the numerous Slots games that feature as part of Drops and Wins such as the award-winning Gates of Olympus. FRB’s act as an extension of the Tournaments and Prize Drops, awarding players with Free Spins on their favorite slots based on their leaderboard position or simply at random.

Yossi Barzely, Chief Business Development Officer at Pragmatic Play says; “By the time the next stage begins, we will have given away €13,000,000 to players through Drops and Wins.

We are always striving to understand the player, and what better way to give a positive gaming experience than to facilitate more of the feeling that players log on for; the winning feeling. We are delighted with the positive feedback this promotion has received and relish the opportunity to excite players with it for another year.”

Pragmatic Play currently produces up to five new Slot titles a month, while also delivering Live Casino, Virtual Sports, and Bingo games as part of its multi-product portfolio, available through one single API. 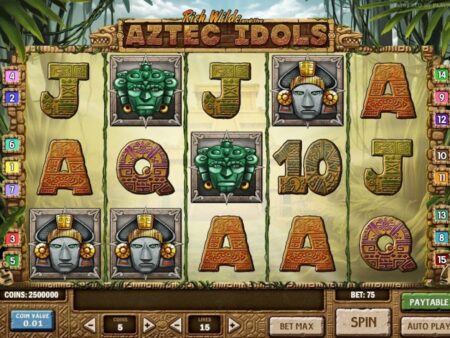