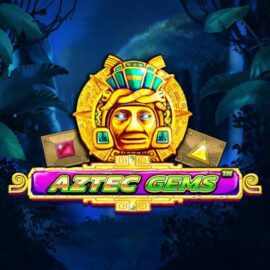 Start rolling in Aztec Gems, the 3×3, 5 lines video slot with WIN MULTIPLIER reel! All symbols are stacked and wins are increased up to 15x by the multiplier hit on the 4th reel.

Travel back to the times of the Aztecs and see if you can find some clues to where they have hidden the golden treasure. Play this 5-pay lines slot and win the fabulous max prize of 375x your bet.

The Aztec common people, the macehualli, created a videoslot game for the nobility, the pilli, to have fun and multiply their earnings. The game is based on a classic, yet always successful recipe: a 3×3 grid, a powerful Wild Symbol, precious symbols and a special Win Multiplier Reel.

The pilli thought you might like the game, so they invited you to play it. Better pack your bags, because a new Aztec experience is about to begin. Yippee, that sounds exciting!

Aztec Gems is 3 reels and 3 rows video slot that can award you 375 times your total stake. This precious slot game has 5 pay lines and a special multiplier reel that will help you boost your earnings in no time. The Aztecs are determined to award you the biggest treasure.

The Aztec men set the volatility of this game at medium and the RTP value at 96.52%. The creators of this online slot game analyzed each symbol before including it in the symbols list:

The Aztec people created the Wild Symbol similar to their most popular and adored Idol. It is made of gold and has a turquoise crown that goes perfectly with the earrings and necklace. So fashionable! The Wild Symbol pays 5 times your bet if you hit 3 on a pay line and can replace all the other symbols.

The trick to triggering the biggest win in the Aztec Gems slot is the fourth wheel. It applies a multiplier to all wins on the payline.

The fourth reel is perhaps the most important one because it contains only multipliers. One option is randomly selected at the end of each spin. The selected multiplier applies to all winning combinations on that spin. There are six multipliers that can boost your earnings: 1x, 2x, 3x, 5x, 10x and 15x. The Aztec gods are kind-hearted, they’ll help you land that 15x multiplier for sure.

The game takes place in an enchanted, Aztec jungle. Behind the reels you can see tropical leaves and two white waterfalls that inspired tranquility and stillness. The reels are made of gold and have mysterious Aztec symbols on them. Green, round particles float all over the screen. Oh, yes, the Aztec magic is nothing to joke about.

A tribal kind of music, with flute accents, accompanies you throughout the game. It looks like the Aztec people are performing the ancient ritual for attracting big winnings.

The main aspect you should focus on in the Aztec Gems slot is hitting a high multiplier. That’s the secret to taking home the great Aztec treasure. The common people, the nobility and even the Gods wish nothing else, but to see you go home with a huge winning.

Your trip is about to end, but don’t worry, the Aztecs will be happy to see you again. Go to our casinos’ websites and play Aztec Gems whenever you want. 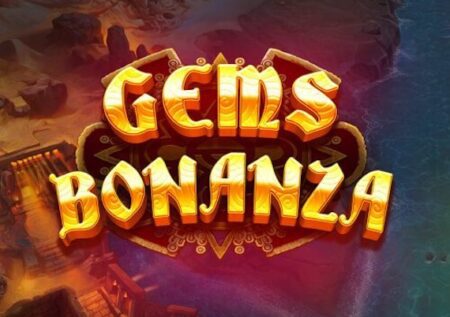 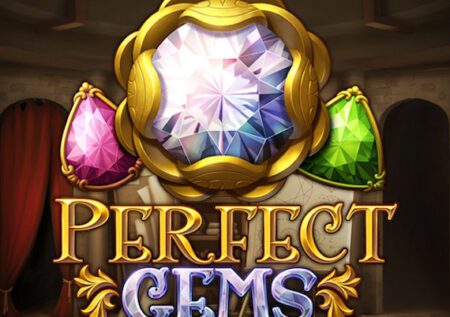