The Most Audacious Lottery Scam in History

Where money is concerned almost anything goes. For most of us, It just doesn’t get much bigger than the lottery. It goes without saying therefore that over time some may be tempted to try to tip the scales in their favour. One man who did just that was the French Enlightenment writer, historian, and philosopher, François-Marie Arouet, better known as Voltaire. This is the story of how Voltaire managed to pull off the Most Audacious Lottery Scam in History.

18th Century France, The country was going through a financial crisis brought about by the banking system (now where have I heard that before). This, in turn, triggered a period of austerity (that sounds familiar too). It also started a craze that gave ordinary people an opportunity to strike it rich and by taking part in the national the lottery.

Due in part to the crisis that France found itself in, the Government of the time sought to ease their financial burden by releasing a series of bonds to raise money. However, as a result of the economic turmoil, they were eventually forced to cut the interest rates on the bonds, leaving them worth much less than face value. This, in turn, made it difficult to sell new bond issues.

How to Solve a Financial Crisis

The Deputy Finance Minister of the day, a chap named Le Pelletier-Desforts, came up with an idea of how the government may raise the value of these bonds. A lottery!

Quite simply it worked like this. He figured that if existing bond owners were allowed to purchase a lottery ticket worth 1/1000th of the value of the bond, the eventual winner would get the full face value of that bond (more than they could hope to get on the open market) plus a bonus of 500,000 Livres (the French currency at that time). The original bonds, of course, were issued at differing price points. It was, therefore, possible to purchase bonds worth 1000 Livres and others for as much as 100,000 Livres.

Unfortunately for the French government (and ultimately Monsieur Le Pelletier-Desforts), there was one fatal flaw in their otherwise cunning plan…

Thanks to a chance meeting over dinner, Voltaire and an already wealthy gentleman by the name of Charles Marie de la Condamine, reasoned that the lottery could be exploited. During this meeting, they set an idea in motion that would lead to the most audacious lottery scam in history.

They figured, that in order to win succeed with their lottery scam they could simply buy all the tickets for bonds with a face value of 1000 Livres (1 Livre per ticket). This would give them a tremendous advantage over other bondholders. The reason is that far fewer of the larger value bonds were issued. They also knew that they almost certainly could not do this alone. Government bonds at this time were only available for purchase from a select few agents. To get around this they set about recruiting others to take part in France’s first-ever lottery scam.

Well, their lottery scam worked. With Voltaire’s help, de la Condamine and other syndicate members reaped enormous sums of money month after month after month. Voltaire himself made a sum of a little over 500,000 Livres in the space of a year thanks to his incredible lottery scam. 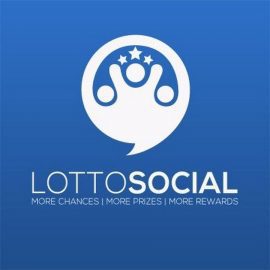 It Only Takes One Mistake to Bring Down a Syndicate

Sadly though, as with every great lottery scam, one tiny mistake is capable of bringing the entire system tumbling down. Voltaire had one glaring weakness you see. The French government. His whole adult life had been spent in criticism of the French authorities. This had earlier led to him being imprisoned in the Bastille for nearly a year (during this time he wrote his first play ‘Oedipus’), and also a period of exile from Paris.

It was customary when purchasing lottery tickets to write something on the back. Usually, this was in the form of good luck slogans or dedications to family or friends. Voltaire, however, used this trend to write anti-government rhetoric and occasionally he would praise de la Condamine for his wisdom.

Because of this the authorities eventually became wise to the scam and discovered the names of those involved. Voltaire and de la Condamine were arrested and taken to court. However, the court found that their lottery syndicate scam was not a scam at all. Neither man had actually broken any laws. It was really the structure of the lottery itself that was at fault. So eventually both men were released and entitled to keep the money earned from their lottery scam. The lottery itself though was ended, ignominiously.

Not All Lottery Syndicates Are Scams!

Join thousands of other happy and successful lottery syndicate members at Lotto Social for just £1. Get 10 Euromillions lines PLUS 5 FREE scratchcards for only £1 by joining a Lotto Social syndicate.

The Works of Voltaire

François-Marie Arouet (21 November 1694 – 30 May 1778) or Voltaire as he was more commonly known, was a French Enlightenment writer, historian, and philosopher. Famous for his wit, his attacks on the established Catholic Church, and his advocacy of freedom of religion, freedom of expression, and separation of church and state.

If you would like to learn more about Voltaire, his life and his works, including his most famous novel ‘Candide’ then you may browse a selection of his books at the Book Depository…

Lottery
Should You Buy Lottery Tickets Online?
6 months ago
0 970

2 Replies to “The Most Audacious Lottery Scam in History”